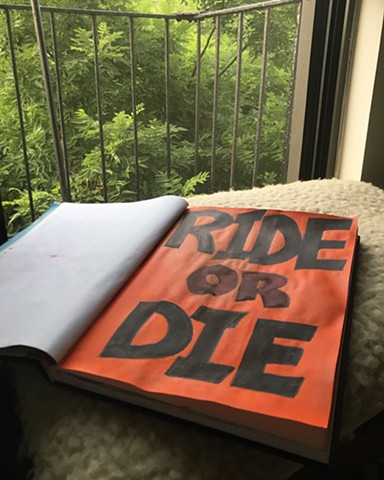 “This message is deeply woven into the hip-hop community. Consider the song “Ryde or Die Bitch” by the L.O.X. featuring Timbaland and Eve. According to the lyrics, some of the things that qualify a woman as a “ride or die” is the willingness to literally kill for her man. She’ll do a lot more than just write or visit her man, she will find a way to have sex with him while he is in prison. Sure, these examples stated in the song might be considered hyperbole. Yet the clear implication is that there is an expectation of “love” being demonstrated by endless, reckless loyalty.

For all my years of loving hip-hop, I can find no example of a ride-or die man. Is there no expectation for a man to love us so hard that he will risk personal safety, freedom and unredeemable years of his life? Yet we see so many examples of ride-or-die women in television, in music and even in real life public relationships.

The concept of being a ride-or-die is just internalized misogynoir ― misogyny directed toward black women ― by another name. It’s a way to control women’s actions and strip them of agency and power in their interactions with men. A ride-or-die, no matter how brave or hard she may be, must still be submissive to her man, thus keeping patriarchal powers in place. This internalization creeps in slowly, but holds on tightly and its hold is dangerous and deadly for black women.”