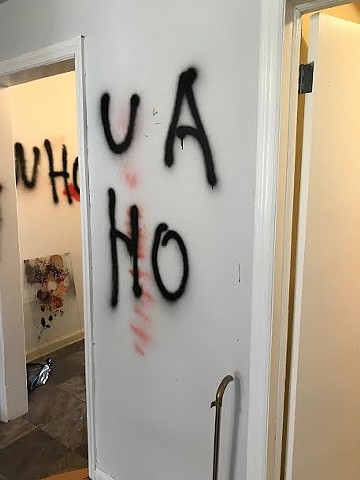 Perpetrator not only destroyed my home when I ran from his violence, but my clothing, valuables, sentimental and irreplaceable items were as well. Spray painting obscenities on the walls, dousing everything with gallons of paint and burning my clothes.

"Homicide detectives and criminologists identified a group of behaviors displayed by almost all the killers in the weeks, months and years before every intimate partner murder.

Research findings reveal that far from being random or unpredictable, intimate partner homicides are now recognised as the most predictable type of murder and are therefore the most preventable.

Coercive control is a form of intimate terrorism and must be criminalized. Jess Hill

In 2015, the UK parliament made coercive and controlling behaviors a crime in an effort to protect the lives of victims and their children.

The Home Office gave police and prosecutors in Britain a checklist of the specific behaviors that were criminalized to make clear what behaviors were recognized as crimes.

The list is not exhaustive but it provides clear guidance about the most common types of behavior that are harmful and that can lead to a risk of homicide.

Most victims are not aware they are being coercively controlled because, especially at first, the behavior is presented as caring, protective and loving, and often does not include physical injury.

The behaviors are all employed strategically by offenders to reduce the victim’s individual freedom, deprive them of basic needs, demean them, surveil their movements and associates, threaten harm and cause actual harm.

Coercive behaviors may appear benign to friends and even police, but the victim will understand the subliminal message. For example, Hannah Clarke’s killer indicated he was about to murder her when he wrote a text message a few days before the murders that said: “I’m finishing your game, I don’t want to play anymore.”

The exact definition of coercive control in Queensland law is yet to be determined and will need to take into account cultural differences between here and the UK. But the list of behaviors identified by the UK Home Office is (I've made items that match my abuse bold):

- isolating a person from their friends and family; - depriving them of their basic needs; - monitoring their time; - monitoring a person via online communication tools or using spyware; - taking control over aspects of their everyday life, such as where they can go, who they can see, what they can wear and when they can sleep; - depriving them of access to support services, such as specialist support or medical services; - repeatedly putting them down by statements such as telling them they are worthless; - enforcing rules and activities that humiliate, degrade or dehumanize the victim; - forcing the victim to take part in criminal activity such as shoplifting, neglect or abuse of children to encourage self-blame and prevent disclosure to authorities; - financial abuse including control of finances, such as only allowing a person a punitive allowance; - threats to hurt or kill; - threats to a child; - threats to reveal or publish private information (eg threatening to “out” someone); - assault; - criminal damage (such as destruction of household goods); - rape; - preventing a person from having access to transport or from working.

The dozens of victims of coercive control who I have interviewed in the past two years have been shocked to realize that they were not alone in experiencing the same group of harmful behaviors.

Almost all these victims experienced almost all of the above behaviors, indicating they were suffering a very high level of coercion and control."