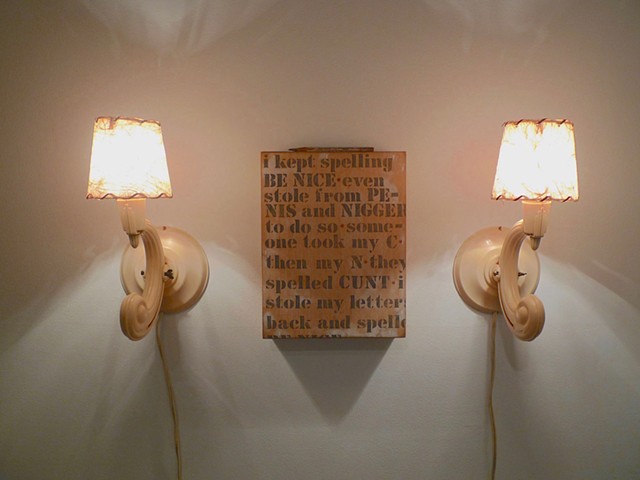 BE NICE is a poem written in 2015 after partcipating in an online game where participants move around the English alphabet to spell words. The game was located on a website called lunchtimers.com. The letters looked like the popular fridge magnets for children. Letters are "taken/pulled/snagged/grabbed" from other user's words in order to spell other words, often times in reaction to a word created. I spelled the words BE NICE over and over again as others took from my words and spelled out their own. This artwork reflects my encounter and the words I took from so that I could continue to spell out BE NICE.

"lunchtimers.com" I shared this on social media in 2015, when the website was still active. This website no longer exist. The online letter game was the catalyst for the artwork BE NICE.|

I later painted out the N word in this work, 2016, as seen in next images, as a statement. The new version was exhibited in a group show in 2018.