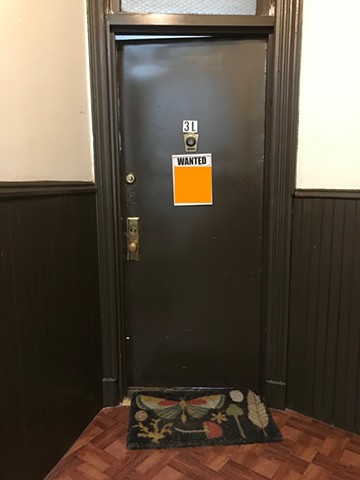 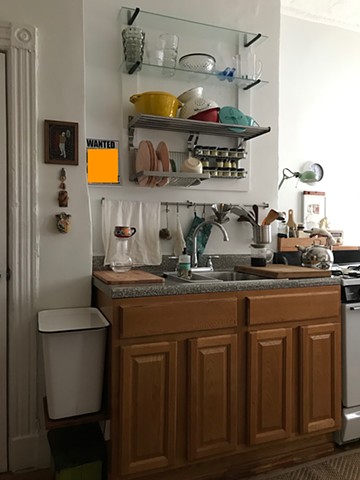 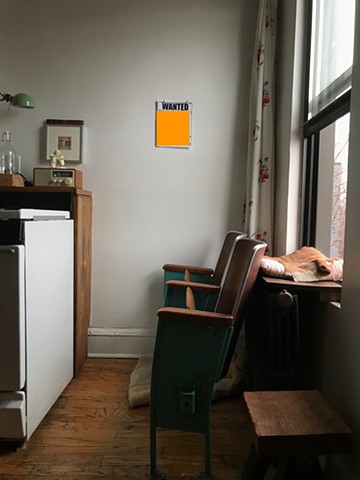 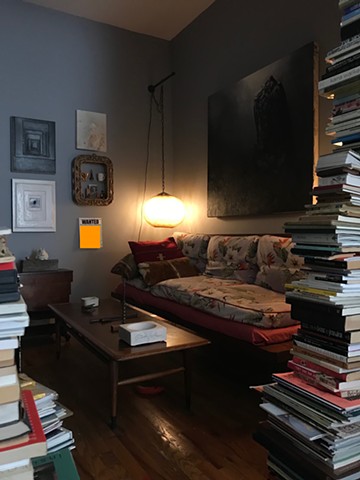 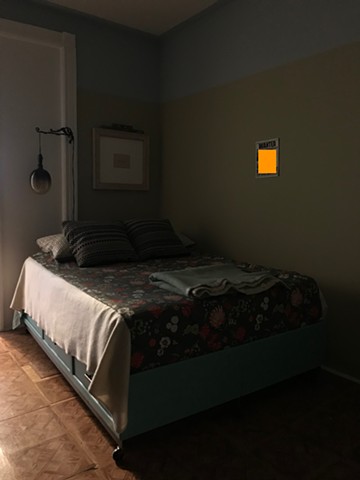 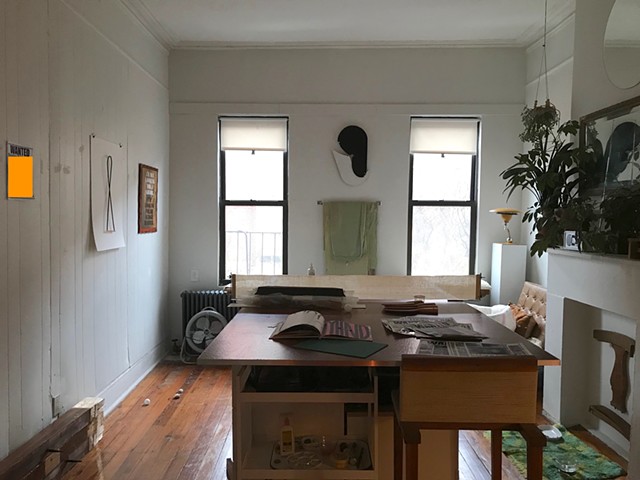 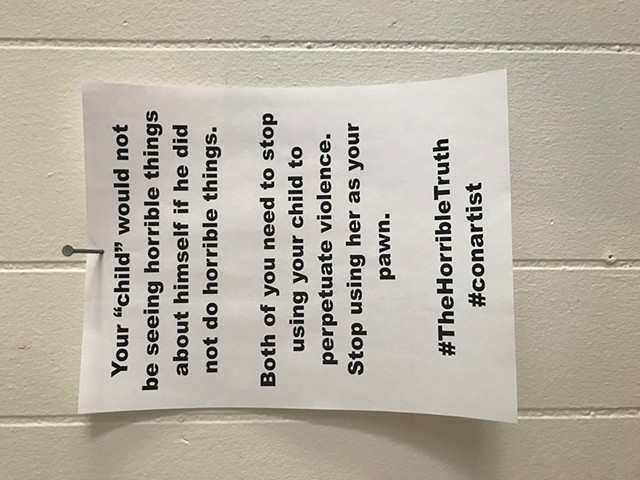 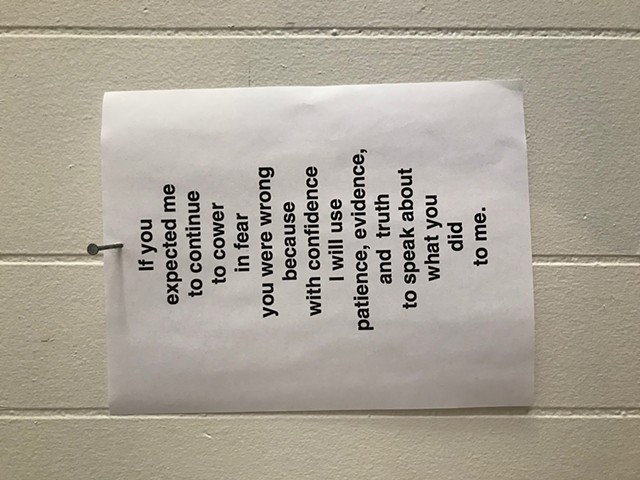 A series of images rooted in intimate partner violence. Interior shots represent my freshly restored apartment after the abuser was gone, locks changed, and a five year Order Of Protection in place. The WANTED posters, now represented by an orange square as the perpetrator and the courts are silencing me, were placed in the rooms where I was physically and sexually assaulted, emotionally and mentally abused, manipulated, terrorized, bullied, interrogated and stalked within the relationship. My aim is to hold him accountable and make it so other women will know upon searching his name, as many who use online dating apps do. This man is a violent narcissist and dangerous. My empathy was stretched to unimaginable boundaries, my kindness was taken advantage of. He will slowly take control of your personal life, phone, and computer. Your finances are next. What can not be forgotten is what I have been through. I suffer from PTSD. I’ve had to start my life in NY over again. I could barely get through work and the months that followed worsened as the perpetrator became more controlling after he convinced me he would change and seek help. He never did and the control and violence continued. He is known to show his soon-to-be-victims photos of past women in his life, perhaps even drawings, and tell stories about them, he plays victim in his web of lies.

It took me days to get the perpetrator to leave. I was afraid to be in my own home and I would not return with him there. He then sent me an article about how difficult it is to remove a boyfriend from your residence. This, after months of abusing me.

He dismantled my support system, placing wedges between me and my friends, colleagues and loved ones. All in order to isolate and gain control of me. It has been through the help and guidance of the Domestic Violence hot lines, Safe Horizon legal assistance and a therapist who specializes in domestic violence and narcissistic abuse to make clear to me what I have been through, and keep me safe. I have come to understand that coercive control IS violence and narcissistic abuse is real. I had to leave my job due to months of stress and trauma and fear of being stalked there by the perpetrator, as he done before. He has made threats to ruin my life, to make me famous as a "porn star" with intimate images he has of me, stating he is willing to pay the price set forth by laws. He has threatened to defame my image as a social justice activist by calling me out as a racist for demanding no contact with him, involving the authorities, and speaking out.  He's doing just that. These threats are now being realized as the case is now in Family Court. He is attempting to make me look unstable and discredit my image. These accusations, in his mind, validate and legitimize his actions of violence against me. He is a narcissist, a sociopath, perhaps a psychopath. After the order of protection was instated he tried to instigate communication with me and yet again, maninpulate my emotions, by donating to a Go Fund me that was set up by my sister to help me raise funds for lawyers fees. He knows how crucial NO CONTACT is for the victim. He knows a victim of intimate partner violence starts seeing clearly once untethered from the abuser. He has no boundaries and disrespected mine. He has NO control of his actions or behavior, I do not trust him to leave me and my life alone when there are no consequences. Consistently he has proven to choose wrong over right. Consistently he chose violence against me. The kind periods were just a ploy.

Main image for "Bully Pullpit" is an injury from a headbutt, one of two that he gave me. Throughout the relationship I was punched in the head numerous times, hit in the stomach, kicked, shoved and pushed around. The last weeks it was a daily occurance. One time he even commnented how I looked like a zombie due to how terrified I had become of him. I took this photo to documnet the injury as I feared I might have had a concussion. He is wanted by police for assault and criminal mischief charges. Brooklyn precincts #62 (718-236-2611) and #83 (718-574-1605). If you know who this man is, stay away from him. He is insidious. If you know of his whereabouts, call 911.

Welcoming page image: A previous apartment that took me months to find was completely destroyed by the perpetrator after I ran from his violence. Leaving me evicted and homeless during a pandemic. This assault took place during an OOP through criminal court in 2020.